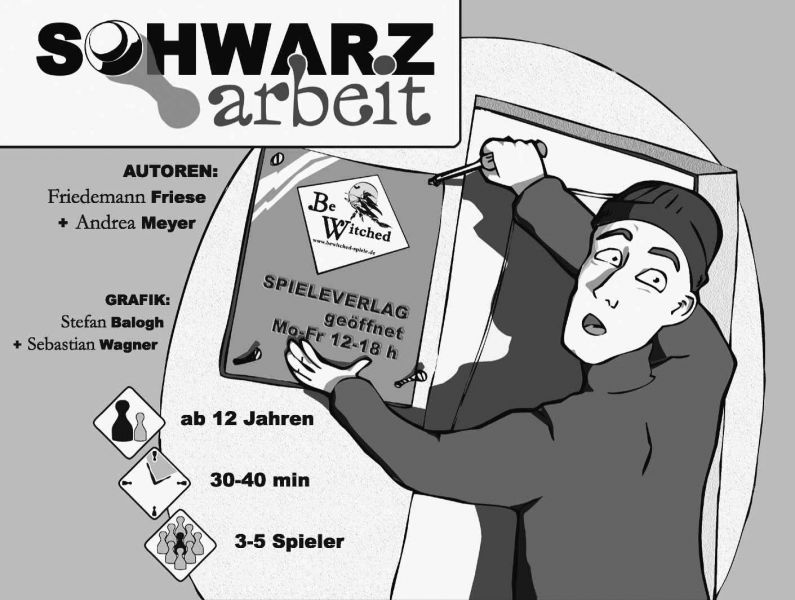 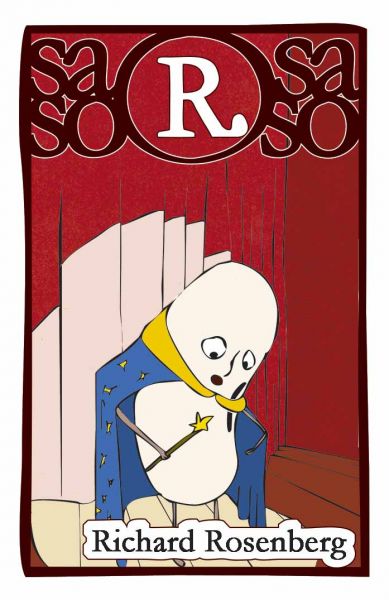 A game for 3-5 honest employers

Are you always having trouble with your workers? Do you have difficulties in getting your work done because all of your workers are organized in trade unions? And are you angry that everybody else seems to earn loads of money by "friends' services", while you are paying more and more taxes?

If so, it's about time you played "Schwarzarbeit".

Here we go. Uncle Sam is waiting for you to blacken the names of those committing the sin of tax-evasion all day and night. Sure, you too have two or three skeletons in the cupboard, but there's no need for the others to find out about that ...

Germany. 2003. Game publishers are suffering from depression. Not to speak of game manufacturers.

The labour market. No security anywhere. Hardly have I started to blacken a moonlighter's name with the government, when another player grabs the guy by using his private eye. Has competition ever been harder?

The only thing I want is to collect points to prove I am an honest employer. Who could oppose my running down as many moonlighters as possible (except my own, of course) and employing honest citizens? Maybe my lawyers, sent to help innocent employees, get me more money in the end. But how could I succeed if everybody else is playing against me? Poor me!

But what is that? The owner of the game shop on my right side admits shamefacedly that he may only offer jobs to three of the people on the labour market. Let me combine ... oops, Peter Panning, you're doing quite a few friend's jobs, right?
Tz ... Sorry, Peter, but that's the end. I could have offered weekend jobs to Virginia or Sid in my game manufacture, but this is something Uncle Sam should know about!

So, let me blacken your name fast, before another little private eye comes to spoil my action. Now, there's a need for new blood in the labour market. But suddenly, the government agrees to introduced "Me Ltd.". Everybody withdraws from the labour market to think about founding businesses of their own. Soon my left neighbour, who was pretty good at memorizing everything that happened, has a problem. Bad for him ...

A quick look to my skeletons in the cupboard, see: OF COURSE I can offer jobs to everybody in the labour market. Did you expect me to tell you anything different ...? 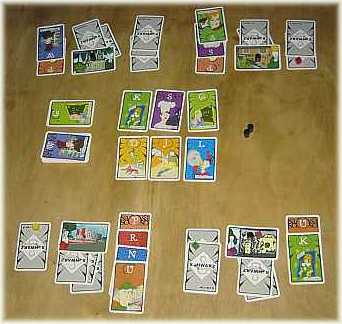