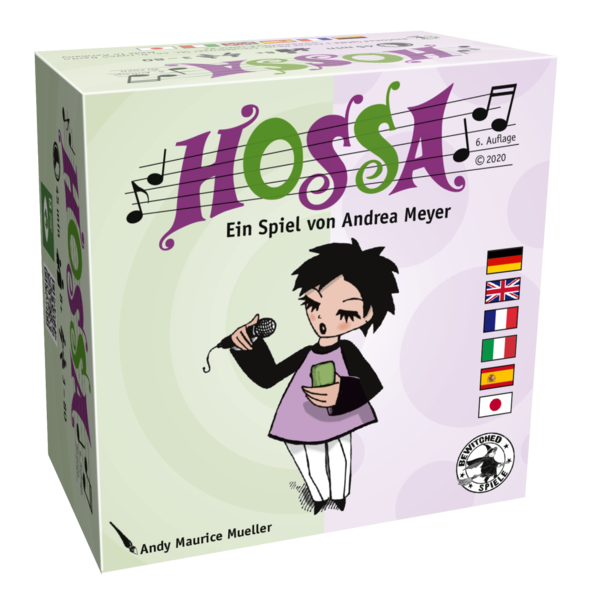 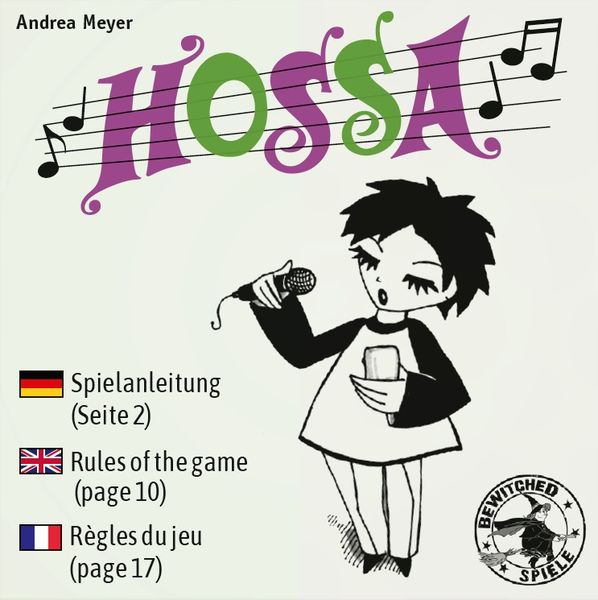 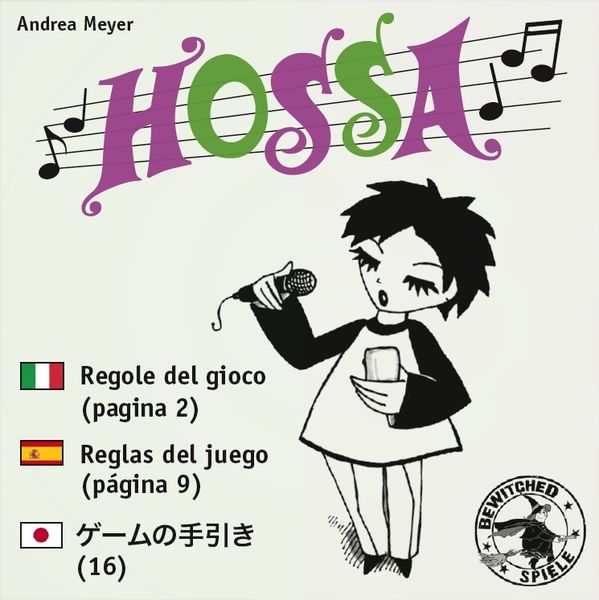 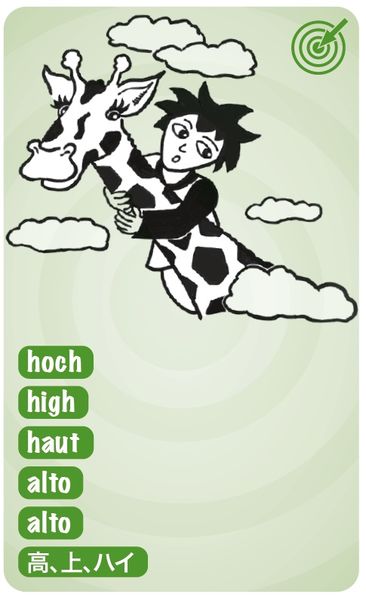 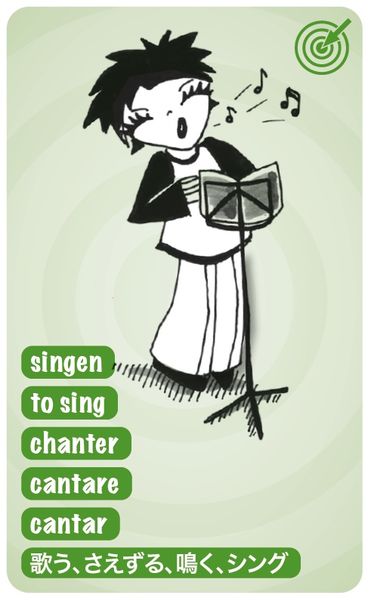 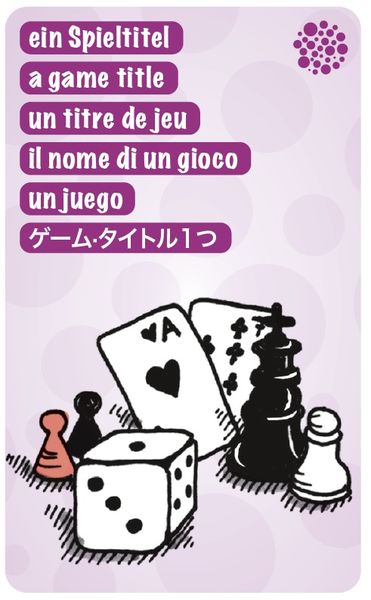 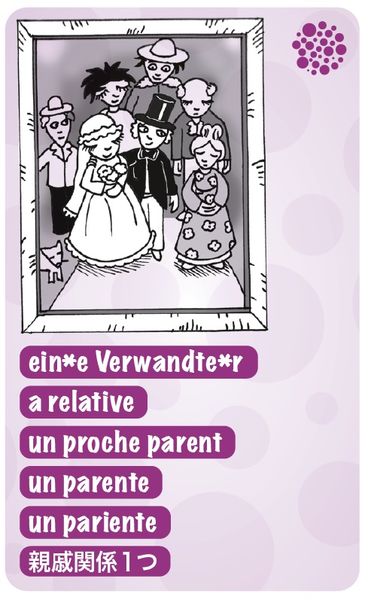 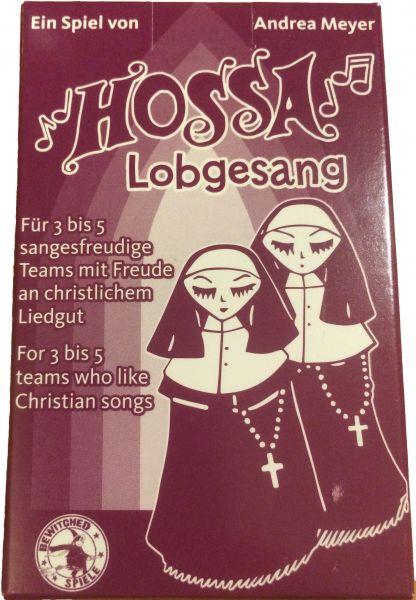 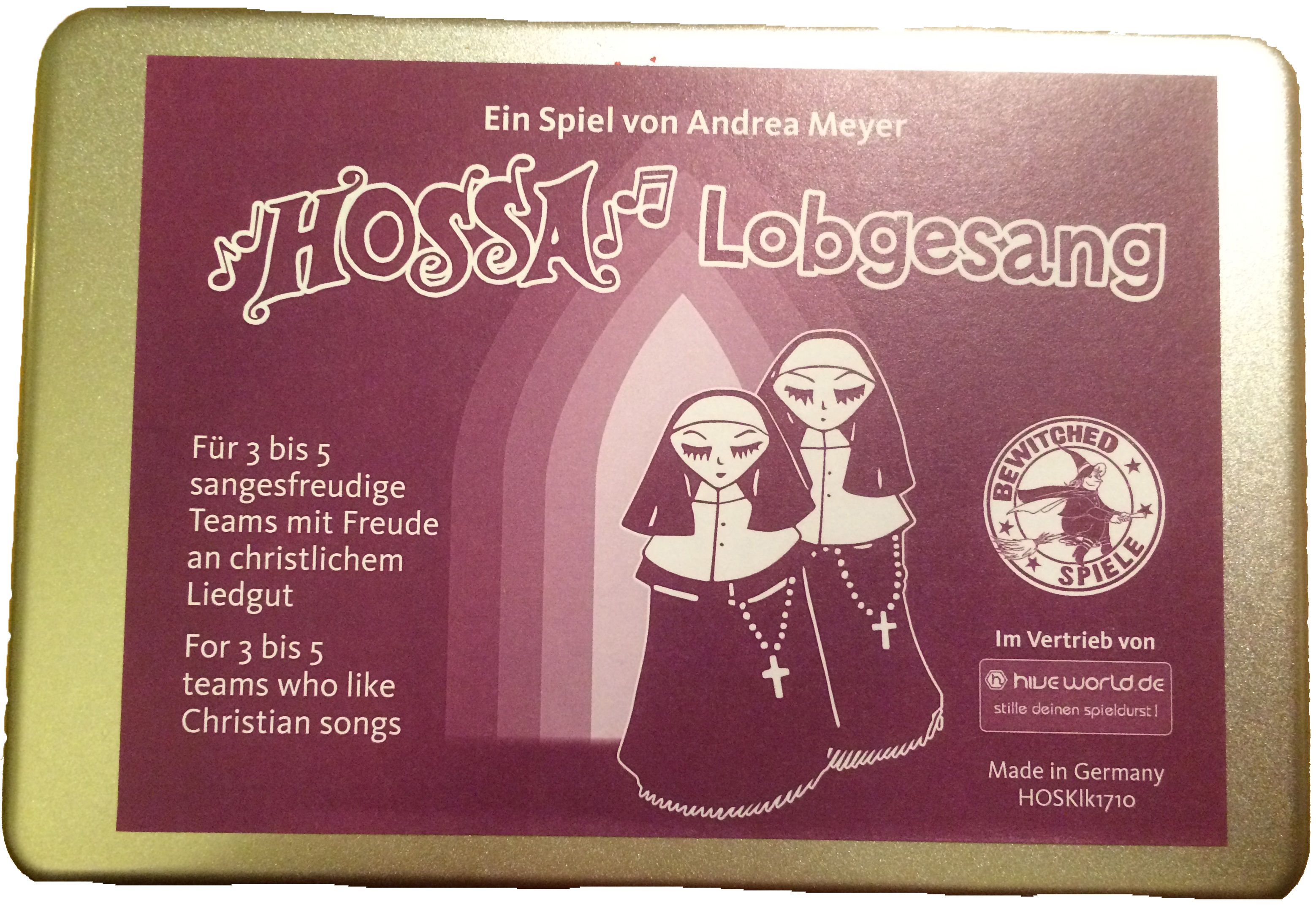 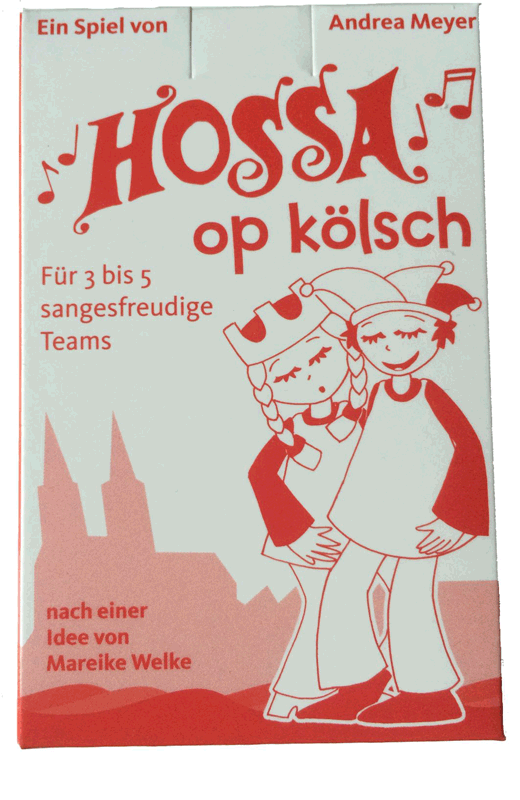 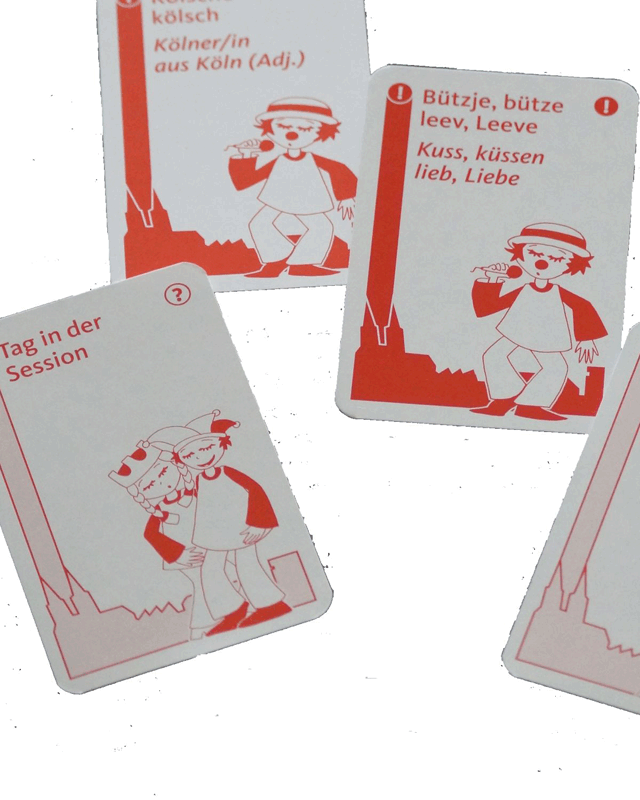 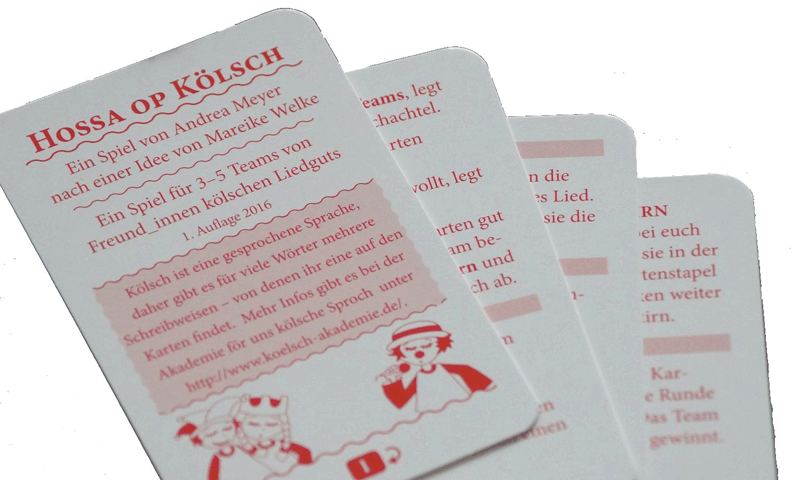 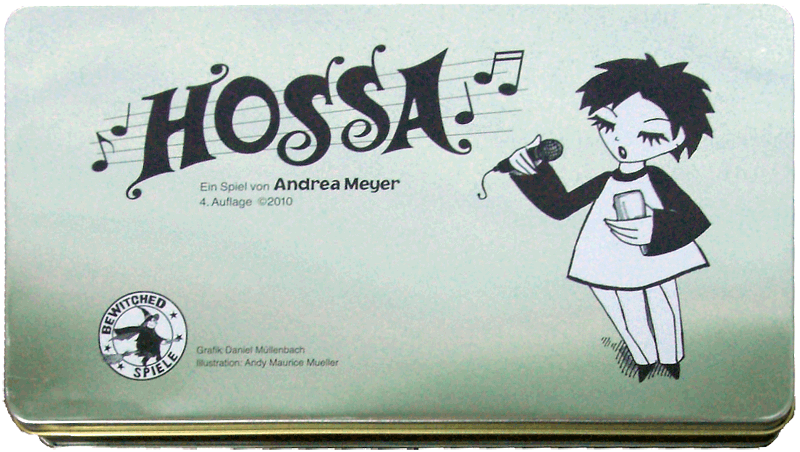 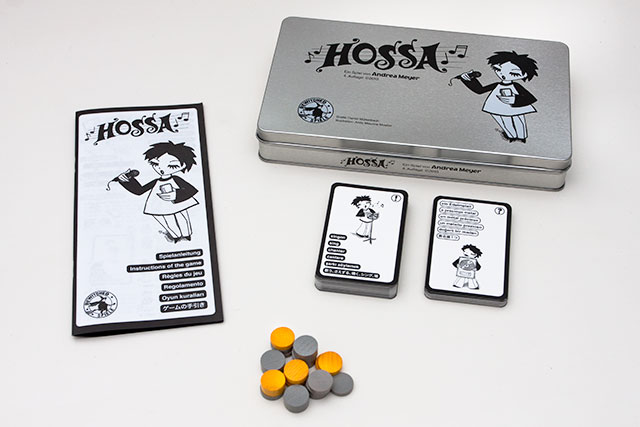 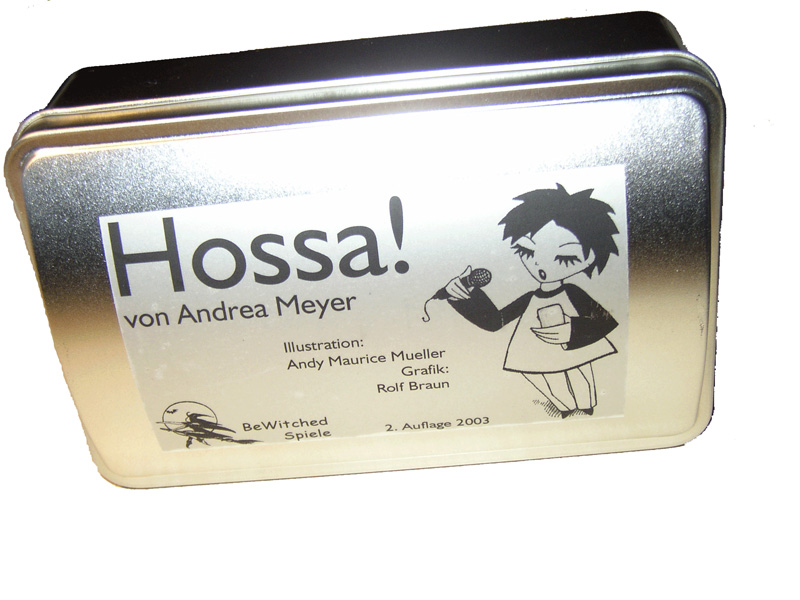 For all fans, all singers, all buccaneers and for those "somewhere over the rainbow".

A song title containing the word "love"? Simple, isn't it? Sing it out loud? Well, okay ...

A song about a relative? Hm ... How about "Father and son" But do you remember the lyrics? Maybe the other players can help you ...

At the Boardgamegeek-booth in Essen I explained Hossa  (in English).

Jonathan, Karin, Andrea and Martin play Hossa!
They set up a stack with 40 cards, of which 32 give keywords and 8 categories.

Jonathan draws the cards "rain" and "day of the week" He picks the keyword "rain" and passes it to the left.

Karin, Jonathan's left neighbour, comes up with the title "I'm singing in the rain", but does not sing it . She gets one point and takes a grey counter.

Next in line is Andrea, who sings the first line of "Raindrops are falling on my head" and scores two points.

Karin and Jonathan each got one point, Andrea three and Martin five.

Karin is the next to pick a card. Jonathan passes her the stack, she draws the cards "part of the body" and "sing". She puts the latter aside and names the category "part of the body" aloud. Players must not name or sing the song "Raindrops are falling on my head" again.

The game is over when the stack is empty. The player with the most points wins the game.