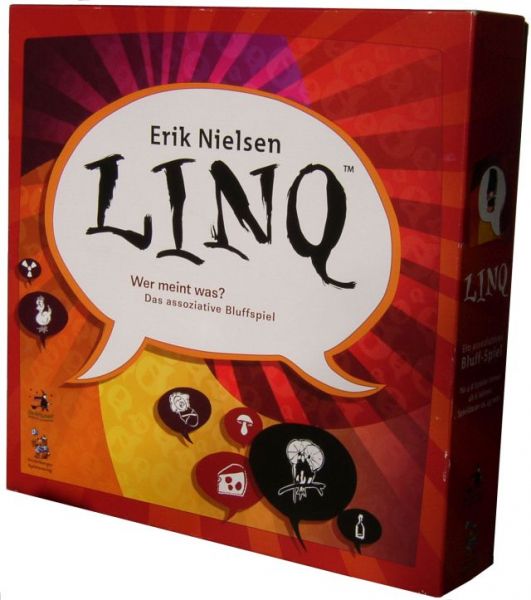 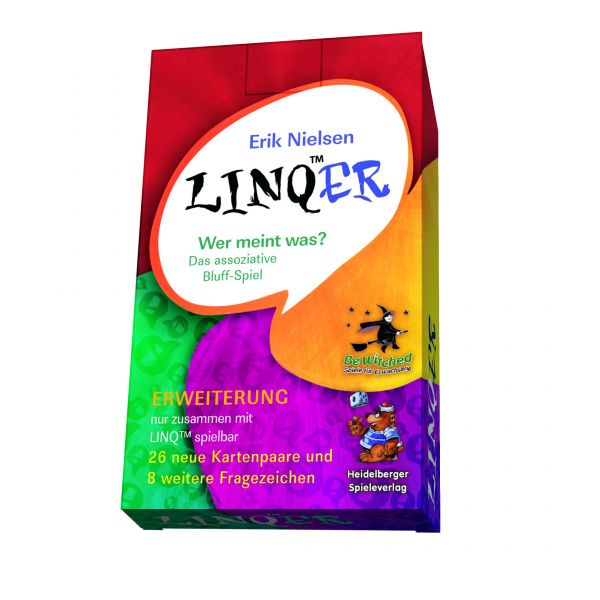 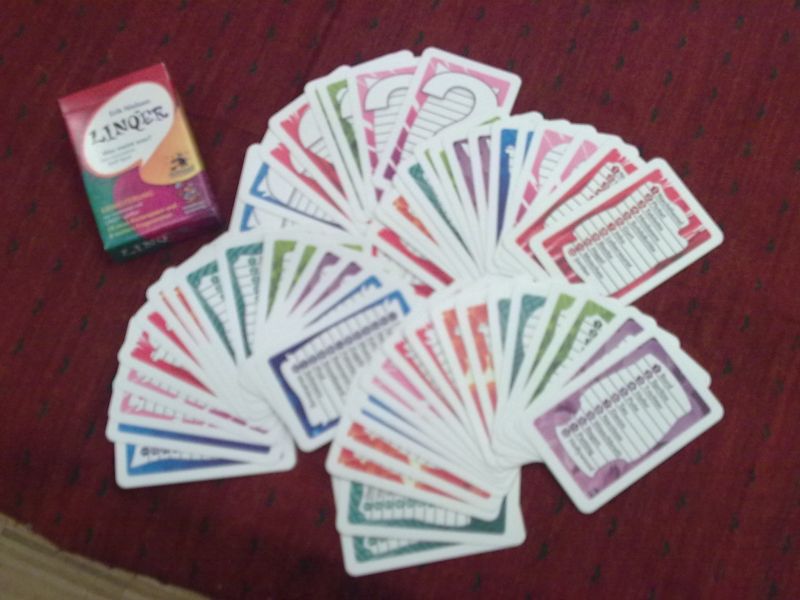 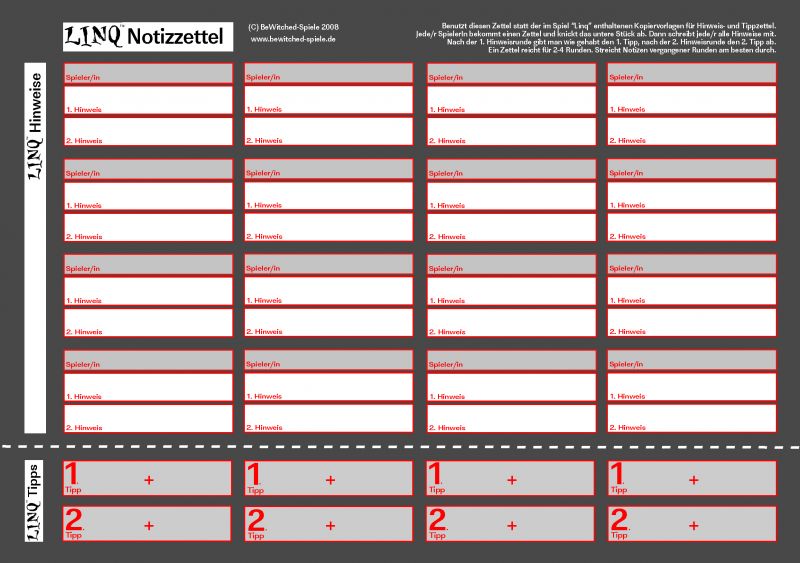 An associative bluffing game for 4-8 players

by Erik Nielsen and Andrea Meyer Linq is a game in German language that combines bluff elements with associative gaming. 4-8 players ages 8 and up try to find their ever changing partners by associating freely to their LINQ-words. An intuitive scoring mechanism shows who was best able to linq with the others in the end.

Please be aware that this game is language dependent and only available in German so far.

The Jury "Spiel des Jahres" recommended Linq in 2008. Click here for the German short portrait of the game.

The (German) expansion for Linq for even more fun. 26 pairs of cards bring 312 new words. 8 question marks are replacements for those who already used Linq so intensely that the question marks can be recognized by now. German only.
Only 6.50 EUR, only playable with Linq.

Linq is the first game at BeWitched-Spiele I edited and did not design on my own.  Linq was first published by Endless Games in the USA.

I got to know Linq atAlan R. Moon's "Gathering of Friends" in Columbus, Ohio in spring 2005. Even though I had little chances of winning being the only non-native speaker, I loved the game's core principle -find your partner through associations and don't be fooled by bluffers.

Ich contacted the designer and we agreed that I'd publish a German version. Playtesting was fast and I mainly worked on the scoring system, especially with the help of Friedemann Friese. The prototyle was ready in the summer of 2006. The major problem was to produce the game for a feasible price and make sure that the cards, that need to remain sorted could not be mixed by error. I did not even think of deep drawn components, because they were usually much too expensive. When I contacted Heidelberger Spieleverlag, we agreed to join forces. Feedback at the games fair in Essen, where I showed the prototype, was overwhelming. 69 of 70 players were ready to buy the game at a price of up to 20 Euros.

At the Nuremberg Toy Fair 2007 we showed the prototype again, and the resonance was great once more. Due to private issues I could only deal with the project again in June, so that Linq was produced for the Essen games fair 2007. After selling out it was republished by Kosmos. A French edition has been selling well for several years now.